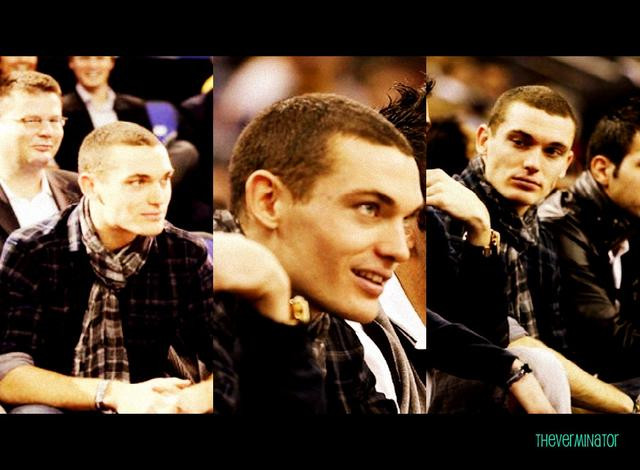 Wishing all the members of this community a very Happy New Year 2011! I hope you all will have a great time and let's hope we'll see this guy back in action as soon as possible.
♥ It's the special day of this gorgeous man, so let's all wish him a Happy Birthday and hope we'll see him back on the pitch sometime in the near future.

This is from the matchday programme and originally posted by

gunnergirls , so you may have seen this already.

Hey there, I'm a newbie at the Verma-loving community, and as such, I spotted the relative tiredness, or should I say, injury - caused lack of activity on this board.
It made me sad, because I am, as I figure you are as well, always Verma - hungry.

Given that I can't really contribute to the already well-filled TV trivia, I figured we could do a little quiz that could distract us for the time he is off the pitch.

Q: Where was Thomas Vermaelen born? Delete if not post-worthy.

Also, this can be stretched to an Arsenal quiz.

Most of you have already seen this video, but since it's been really slow here lately and there might be someone who still hasn't seen it I figured it's worth posting. Everyone else is encourged to post too. I know a lot of people link videos and articles on Twitter, but those who don't have an account miss these things. Besides, it's nice to see some activity here.
Remember the news about Verma being picked as the ambassador for this foundation in Congo? Well, here are the pics while he was there. :)

p/s : I shall not be held responsible for any melting hearts. :P

No World Cup, but Thomas Vermaelen happy to be Arsenal's foreign ambassador

While all roads will lead to South Africa for much of the football world this summer, Arsenal’s Thomas Vermaelen is heading to a rather different corner of the continent for rather different reasons.

As you all might know, arsenal.com is running a series called My World Cup. This is what Verma had to say about Belgium and their fortunes.
( Collapse )﻿
Former Arsenal Defender Martin Keown: Thomas Vermaelen Had An Outstanding Season But Now He Must Grow

Ex-England man wants Belgian to 'become a leader' at the club...

Former Arsenal star Martin Keown has hailed Thomas Vermaelen's first season at the Emirates Stadium and has challenged him to push on to greater heights next term.

The 24-year-old Belgium international joined the north Londoners from Ajax in the summer and has settled into life in the Premier League with ease at the heart of the Gunners' defence.

In what proved, by boss Arsene Wenger's own admission, a disappointing season defensively for Arsenal this term, Vermaelen was one of the few to excel in his role at centre-back and Keown has now called on the Belgian to build on his hugely successful first year in England.

"He's been outstanding, without doubt, and it's [only] his first year," Keown told Arsenal TV Online.

"What I love about him is that he attacks the ball. People criticised him and said he was just five foot 11 but he proved it doesn't matter. We need him to grow, we need him to understand his role. Once he does that he can bring the rest of the back four with him and organise that line."

So, the season is over. Has been for a good while already, so I know this post comes a little late. But anyway, since I think we can all agree Verma had a pretty good first season I thought we could have a spam post. Anything related to his season 2009-2010 is welcome. Photos, videos, gifs, quotes, you name it, as long as it's from this past season. Go ahead, spam as much as you ever want!